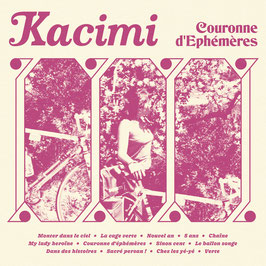 Kacimi's third studio album set for release on January 20! You can pre-order it now here!

For his third album, Kacimi is surrounded by his live band soberly named "La Mécréance" (Romano Bianchi, Vincent Breza, Anthony Savarit). With this gang he revives his bubble pop garage guitar obsessions. After various singles ("Décroche", "Il fait si chaud ce soir", "Les Rois"...) and collaborations these last two years (Lionel Limiñana, Laurent Blot, Alexis Fugain, L'Eclair...), "Couronne d'Ephémères" slips into Kacimi's discography as a collection of power pop songs endowed with a grating poetry and brimming with slices of life that drive on an ever evident absurdity. What shall I say "a religion". A third album in the form of a hedonistic trip, where each measure is a pleasure finely orchestrated by La Mécréance, a freakbeat combo from Geneva with a surfy hipness and caustic humour.
With this electric quartet, Kacimi covers Gainsbourg with ease, plays with the yéyé and Mersey beat codes, while giving them a modern and up-to-date interpretation. 13 tracks where mid tempo rhythm n' blues is mixed with love ballads suspended in time (5 ans, Le Ballon songe, Dans des Histoires). Recorded in Christian Hierro's Back To Mono Studio, after the album "Gyrophare" in 2020 and "Asile" by The Rebels of Tijuana in 2018, "Couronne d'Ephémères" closes this trilogy in a direct and sexy yet unadorned way. 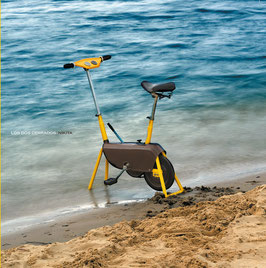 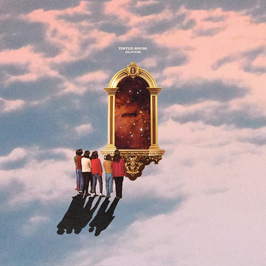 Following up their "Crocodile Tears" EP, their full-length debut LP is driving ambient surf guitars and arpeggio synths further deep into dream pop heaven. Laid back as the sun, at times dark and mysterious, "Heavens" is like a modern secret that blesses the unknown and rewards the listeners. Check them out here! Vinyl edition is limited to 100 copies! Download code inluded! 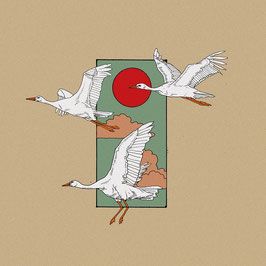 Together with Le Pop Club Records, we're proud to announce this upcoming gem of a release: The Rebels of Tijuana - „Asile“, probably the most soulful homage to French 60s and 70s pop you will hear this year! Over two LPs the Rebels are exploring a universe of psychedelia, folk rock, pop and Latin jazz as blue as the smoke of a Gitanes and as bright as the sun on a summer afternoon. More info about the Rebels here. 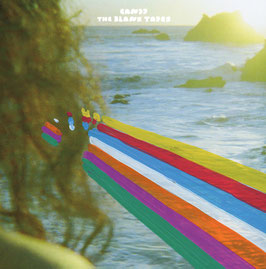 The Blank Tapes is the moniker of Los Angeles based multi-instrumentalist, Matt Adams, who has produced over a dozen albums of 1960's inspired folk-rock-surf-psych-soul-pop on Volcom, Burger Records, Antenna Farm, and many others. Their new album »Candy« was produced by Eric D Johnson (of The Fruit Bats) at his home studio in Portland, OR featuring bandmates Will Halsey of »Sugar Candy Mountain« & Veronica Bianqui as well as EDJ himself. The Blank Tapes have toured throughout America, Canada, Brazil, UK, Europe, & Japan. Matt is also the visual artist behind his band's (and a slew of others) posters & album covers.

Vinyl with poster inside 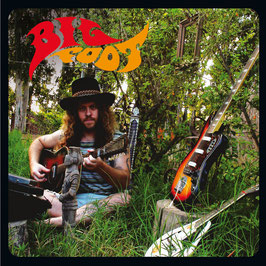 After 10 years of hard work with the great Israeli psychedelic band "TREE" - including 2 Albums, 4 long live EP's, a collaboration with Damo Suzuki (CAN), constant touring and probably a thousand live shows in Israel and all over Europe - their strong heavy-weight bass player and vocalist Dor Koren a.k.a "Bigfoot" is out on his own with a new project. Bigfoot is the culmination of seven years of secret psychedelic home recordings, a fountain of creativity, Imagination and freedom and the first of his six solo projects to get a proper release.

Taking up where they left off with their 2013 hit album „Vacation“ (Antenna Farms) Southern California outfit THE BLANK TAPES deliver an exquisite collection of surf and folk rock with their new one „Ojos Rojos“. Featured are previously unreleased recordings from the „Vacation“ sessions ranging from Blank Tapes classics such as „LA Baby“ or „Beach Party“ to secret gems like the hauntingly beautiful „I Can't Make It Alone“. Songs saturated with sunlight, reverb and twang, bitter sweet and sugar-coated like candy for adults. The line-up consists - alongside songwriter/composer Matt Adams – of his old-time fellows Pearl Charles, Will Halsey on drums and DA Humphrey on bass. Vinyl comes as 140g pressing with poster!

Vinyl with poster inside 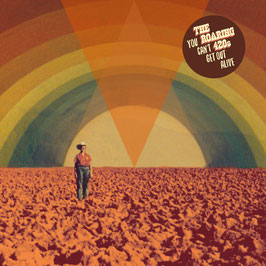 “You Can't Get Out Alive” is the second album by The Roaring 420s. Since their debut LP on Stoned Karma Records last year, band has delighted fans and critics alike. Sounding like a weird marriage between the Beach Boys and The Velvet Underground, this five-piece combo delivers surf and psych pop as catchy as a fever.

180g Vinyl with downloadcode inside 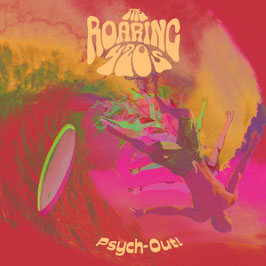 SUPER RARE CD by The Roaring 420s, first EP that was exclusively produced for their first European tour. Includes the singles "Psych Out" and "Laisse Tomber Les Filles" plus tracks from "What Is Psych?"! Only a few left! 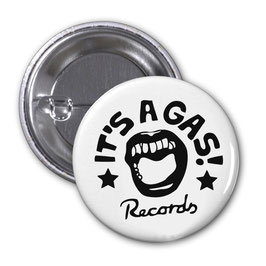 Get your very own It's A Gas! Records badge today!

HOW TO FIND US